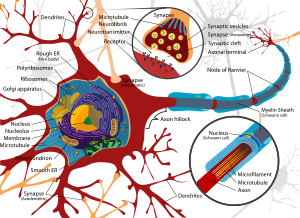 Professor Matthew Walker and his fellow researchers, at University College London (UCL), have some promising early evidence in epilepsy and NRF2 research. Their research targets two approaches, 1) By targeting anti-oxidant treatments to inhibit the enzymes that produce ROS (Approach A: An attacking approach) and 2) by increasing the ability of neurons to break ROS down into less damaging molecules (Approach B: A defensive approach).

The research team will be using techniques to compare which of the two approaches is the most effective at preventing seizure-induced neuronal death and study longer-term consequences. Approach A will inhibit a well know ROS producing enzyme known as NADPH oxidase, and approach B enhance the activity of Nuclear factor eythroid 2-related factor 2 (Nrf2 – a key regulator of antioxidant defenses). Their research will study whether the therapies (alone and in combination) can prevent seizures following a brain trauma, and are effective in preserving memory. This study hopes to identify new treatments to prevent seizures and reduce damage to the brain.