Nrf2 and Sports Endurance: Are you Born to Run? 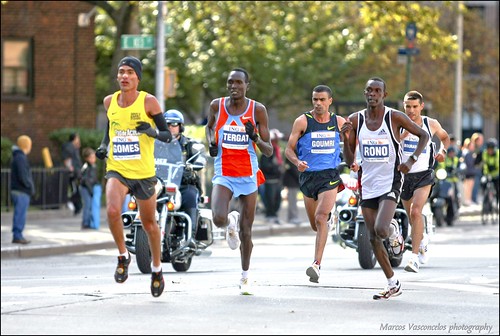 Are you born to run? It’s that time of year to focus on goals to achieve or resolutions to keep. It doesn’t matter if you are professional athlete or just a weekend warrior, we all want to improve our performance. A research study conducted by Physiological Genomics shows the role of NRF2 in high endurance athletic activity.

Future studies will need to be undertaken to establish a cause-effect relationship. Does the existence of higher NRF2 activation improve athletic performance or vice versa?

The researchers of this particular study investigated the NRF2 gene because they followed previous studies which have shown that NRF2 may play a role in endurance performance for the following reasons:

The Study
This study closely examined 155 elite track and field athletes. These athletes had competed in either national or international track and field competitions. The group was divided into either an endurance group (10,000 meters and marathon runners) or a sprint group (100- and 200-meter and long jump). The control group consisted of 240 non-athletic healthy individuals.

The study discovered that in particular, two variations in the NRF2 gene (NRF2 A allele and NRF2 C/T genotype) occurred more often in endurance athletes than in sprinters.

“So,” concludes Eynon (the researcher in this study), “some of us are truly born to run.”

For more information on the NRF2 Endurance Study: http://jap.physiology.org/content/107/1/76.full